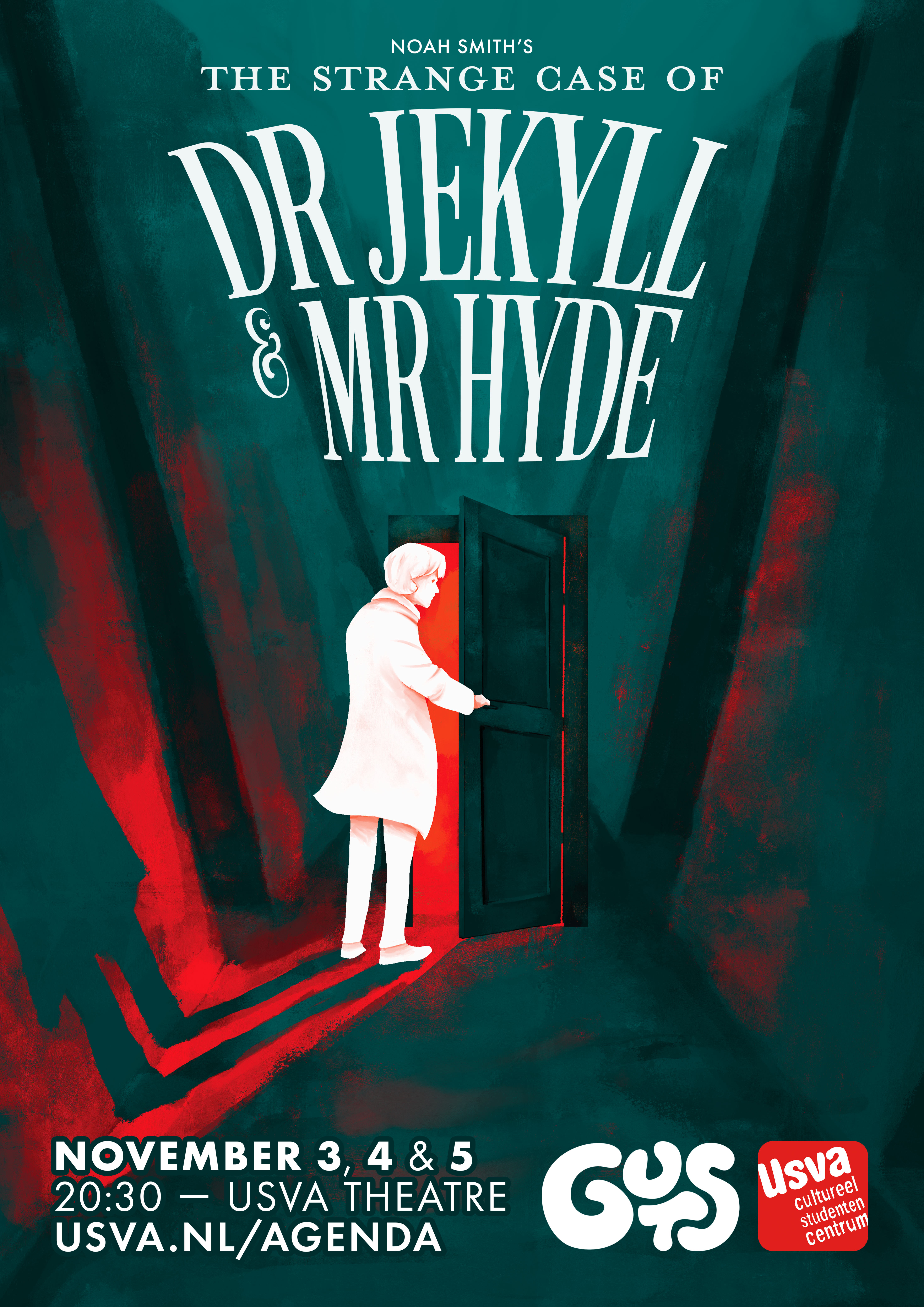 “How would you like it if I showed you something that would stagger the unbelief of Satan?”

The story of a doctor that becomes obsessed with the ultimate question: what if we could become a better version of ourselves, a version completely unrestrained by society? Soon, this lack of inhibitions proves awfully addicting, and before long, people start dying around the always respectable Dr. Henry Jekyll…

Dr. Jekyll and Mr Hyde is a fast-moving horror-thriller filled with violent encounters, unnerving characters, and of course… death!

The Strange Case of Dr Jekyll & Mr Hyde was adapted by Noah Smith from the book of the same name by Robert Louis Stevenson. It is directed by Hessel Bergmans & produced by Kim Offeringa.

Jekyll & Hyde will be performed at the USVA on the 3rd, 4th, and 5th of November. You can buy your tickets here.