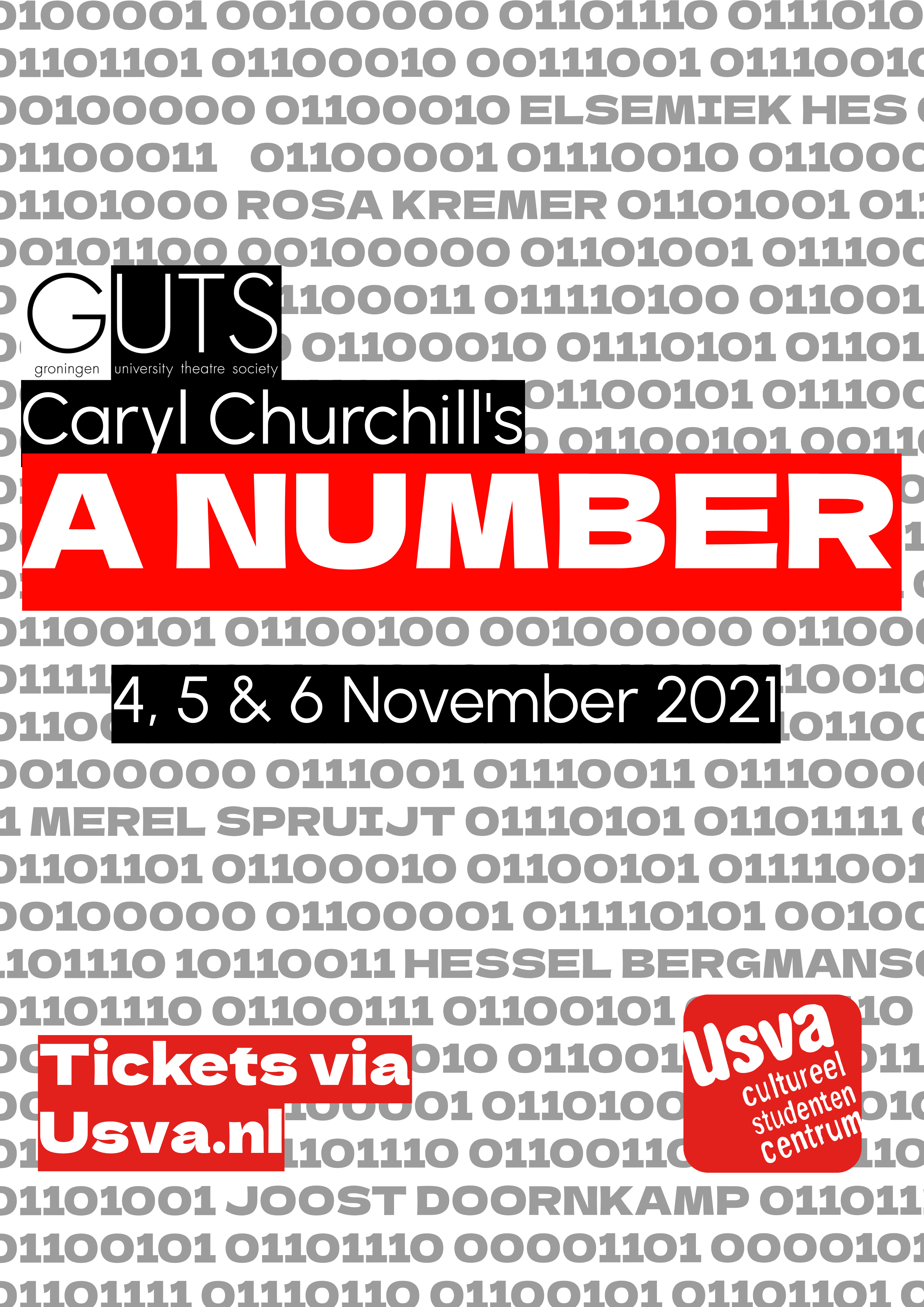 “If we had a do-over, could we atone for our mistakes? What is the value of a human life? What is the source of our individuality?”

A Number is set in the near future, and revolves around the conflict between a father (Salter), and his sons (Bernard 1, Bernard 2, and Micheal Black) – two of whom are clones of the first one. The play addresses the subject of human cloning and identity, especially ‘nature versus nurture.’

A Number will be performed on the 4th, 5th, and 6th of November at the Usva Cultureel Studentencentrum. You can buy tickets from the Usva here.